Predicting the next volcanic eruption, plus other stories

Predicting the next volcanic eruption

Volcanic eruptions can be tricky to predict. Magma stored below volcanoes contains dissolved gases, including carbon dioxide, which escape to the surface and can be sampled at different times (before, after or during) an eruption to provide clues about the next one.

But climbing into a pulsing, breathing volcano to monitor the carbon dioxide content can be dangerous. The McGill Volcanology Research Group has teamed up with researchers in Costa Rica to become one of the first in the world to successfully use drones to collect volcanic carbon dioxide.

The team flew two drones into the crater of Poás, an active volcano in Costa Rica. They measured the carbon dioxide content of gas samples they collected to monitor the level of volcanic activity. A few brave researchers also climbed into the crater to take samples from the ground to validate the drone results. The unique patterns in the carbon isotopes revealed a change in the chemistry of carbon dioxide gases in the volcano just before a large eruption of this volcano in 2017.

-Flying drones into volcanoes can be helpful to in monitoring volcanoes and forecasting eruptions, because it gives us easy access to the volcanic gases,- said first author Fiona D’Arcy , PhD candidate in the Department of Earth and Planetary Sciences. -Safety is of the utmost importance here: safety of the communities living around the volcano, safety of the researchers, and respect for safe flying practices in natural and tourist areas.-

Two renewable resources - cellulose from wood pulp and chitin from the shells of crabs, lobsters and other crustaceans - are known to industrial chemists for their potential for creating highly versatile nanocrystals, useful for making pharmaceuticals, cosmetics, industrial additives and much more.

A team of researchers, led by McGill University chemistry professor Audrey Moores , graduate student Tony Jin and collaborator Edmond Lam from the National Research Council Canada (NRC), has developed a new, ecologically sensitive way to produce these nanocrystals through a process called high-humidity shaker aging. The new technique represents an advance over existing methods in that it costs less, uses less water, and eliminates the need for toxic solvents, all while producing higher yields.

-This research is important because in the pulp and paper industry, or the treatment of crustacean waste, the use of water and the generation of wastewater is the number one cause of environmental concern and industrial limitation as a consequence,- Professor Moores said.

The work, published in Angewandte Chemie , builds on a history of pioneering developments made by McGill researchers in the field of solvent-free mechanochemistry, whereby physical force (grinding, shaking, milling etc.) is used to drive chemical reactions. By combining a grinding technique with an aging process in a high-humidity environment, the researchers were able to produce high-quality nanocrystals with greater control than by using mechanical methods alone.

Bright fireball may have dropped meteorites in Niagara region - 21.11.2022 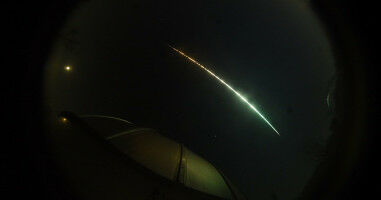 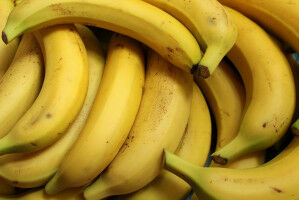