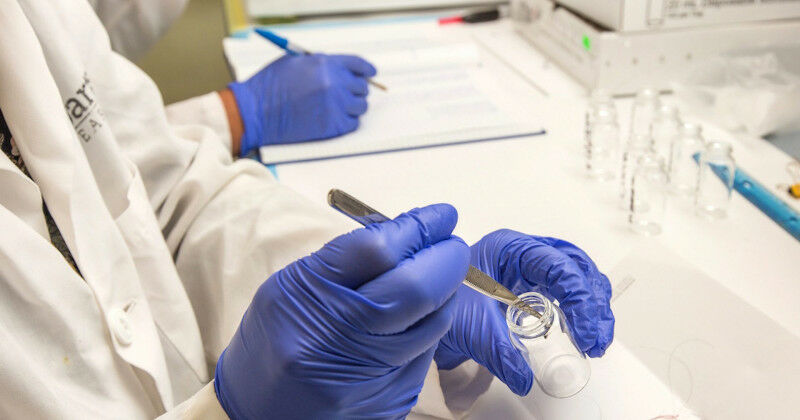 Through hair analysis, the study found that adolescents, and especially girls, who experience war are at much greater risk of PTSD than those who do not. (Schulich Medicine & Dentistry Communications)

There’s more to a strand of hair than meets the eye. This human tissue is a chronological record-keeper of the adversities endured by the human body and mind.

A new study co-authored by researchers at Schulich School of Medicine & Dentistry’s Drug Safety Lab analyzes the relationship between war exposure, current living conditions, hair cortisol concentrations (HCC) and post-traumatic stress disorder (PTSD) symptoms. The study was based on a large cohort of Syrian refugee children, adolescents and their caregivers living in refugee settlements in Lebanon and found adolescents, and especially girls, who experience war are at much greater risk of PTSD than those who do not.

"Globally, there’s an increase in the number of people being displaced by war and conflict. Most of them are children and adolescents. The findings of this study highlight the need for interventions that address their trauma. We found trauma can lead to long-term changes in the physiology and psychology of vulnerable children," said Dr. Michael J Rieder , Drug Safety Lab principal investigator and co-author of the study with Baset Elzagallaai, adjunct professor and Drug Safety Lab manager.

"We are one of the leading labs in the world doing hair analysis. We have done several international collaborations in the past, but this was the first time we collaborated to study HCC and PTSD in children and adolescents impacted by war and displacement," added Rieder, professor at Schulich Medicine & Dentistry’s departments of paediatrics, physiology and pharmacology, and medicine.

Recently published in Nature , the study found that elevated HCC results in a greater burden of PTSD symptoms. Based on the HCC levels, the study found adolescents who experience multiple war-related events are at nearly 40 per cent higher risk of developing PTSD compared to those with no exposure to war or conflict. The study also shows females are at a 62.7 per cent greater risk of experiencing PTSD than others. However, the study also found that current living conditions, which included living conditions at the refugee settlements in Lebanon, did not contribute to an increase in HCC levels or PTSD.

The study highlights the importance of identifying effective and non-invasive methods to study humanitarian settings where there’s little access to reliable records. "Hair cortisol is a biomarker of stress. Every human body makes this hormone and when we are under stress, we make more of it. Cortisol is also present in blood or urine, but it measures stress for the past 24 hours only. We chose to study hair cortisol because cortisol deposits in hair, and hair grows at a certain rate, so we can track exposure over time," said Rieder.

Rieder said the study also demonstrates the link between multiple exposures to war-related incidents and long-term effects on health.

"HCC levels increase with every increase in war-related incidents that a person endures. Children 12 years or older are most vulnerable. Early adolescents are also at a higher risk of developing long-term changes to their body’s integral systems due to war trauma," said Rieder.

A collaboration among researchers from Balamand University in Lebanon, Queen Mary University of London, U.K. and Western, the study analyzed a cohort of 1 , 591 Syrian refugee children ages six to 18 years and their caregivers, in two waves, one year apart from late 2017 to early 2019. The researchers collected basic sociodemographic data, information regarding the participant’s exposure to war, and hair samples to study HCC levels.