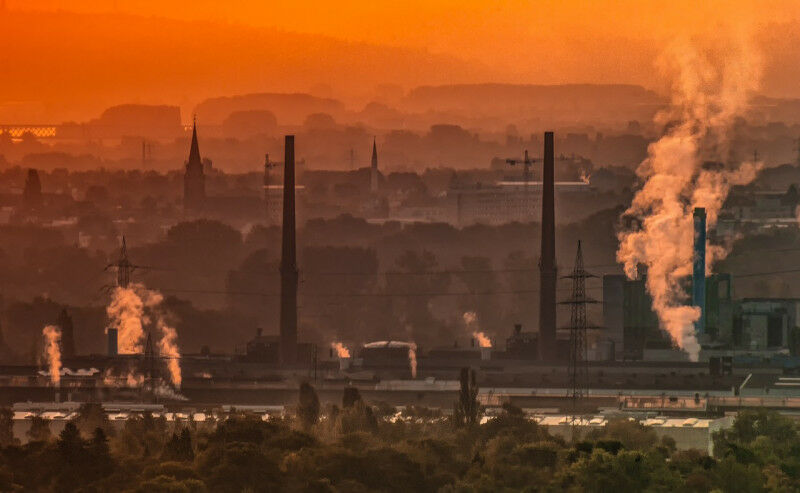 Higher exposure to a certain type of traffic-related air pollution called particulate matter may be linked to an increased risk of dementia, according to a meta-analysis by Western researchers published this week in Neurology , the medical journal of the American Academy of Neurology.

While at Western, graduate student Dr. Ehasan Abolhasani specifically looked at fine particulate matter which consists of pollutant particles of less than 2.5 microns in diameter suspended in air. The meta-analysis, which was part of his graduate work, included all available studies on air pollution and risk of dementia.

"As people continue to live longer, conditions like dementia are becoming more common, so detecting and understanding preventable risk factors is key to reducing the increase of this disease," said Abolhasani. "Since a report by the World Health Organization showed that more than 90 per cent of the world population is living in areas with higher than recommended levels of air pollution, our results provide more evidence for enforcing regulations for air quality and accelerating the transition from fossil fuels to sustainable energies."

Working alongside Janet Martin, professor at Western’s Schulich School of Medicine & Dentistry , Abolhasani reviewed 17 studies that included more than 91 million people over the age of 40. Of those, 5.5 million people, or six per cent, developed dementia.

Researchers compared rates of air pollution exposure for people both with and without dementia and found people who did not develop dementia had a lower average daily exposure to fine particulate matter air pollutants than people who did have dementia and found that the risk of dementia increased by three per cent for every one microgram per cubic metre increase of fine particulate matter exposure.

"The strength of the signal for risk is unnerving. A three per cent increase in dementia risk for every unit of increased exposure is clinically relevant and will compound in the future if we fail to act on meaningful reduction in exposure now," Martin said.

She says this research is important because it uses a large global dataset rather than focusing on only one country and addresses the shortcomings and biases inherent in prior research, which resulted in inaccurate estimates of effect.

They also looked at nitrogen oxides, which form smog, nitrogen dioxide, and ozone exposure, but did not find significantly increased risk when these other classes of pollutants were considered alone.

A limitation of the meta-analysis was the small number of studies available on this specific topic.

"While our meta-analysis does not prove that air pollution causes dementia, it only shows an association, our hope is these findings empower people to take an active role in reducing their exposure to pollution," Abolhasani said. "By understanding the risk of dementia through exposure to air pollution, people can take steps to reduce their exposure such as using sustainable energy, choosing to live in areas with lower levels of pollution and advocating for reduced traffic pollution in residential areas."

Martin says the team at Western plans to further evaluate global dementia trends to see if there is a relationship between policies to reduce air pollutants and downward trends in new cases of dementia.

"Based on this evidence, we plan to advocate for policies that meaningfully reduce the risk of dementia for our generation, and future generations to come. Without a clear plan of action, dementia will only become a bigger problem," she said. "Dementia is like the thief in the night, robbing too many of us of what should have been a long, healthy, productive life. If there is anything we can do to mitigate this, we should act now."

recruit.myScience
f
Share
Like
Related Stories
Environment
Shedding light on how plants function - 07.02
Q and A with the experts: Bill 56, Fewer Floods Safer Ontario Act 2022 - 06.02
Sea urchins are on the move, and the ’Blob’ is partly to blame - 06.02