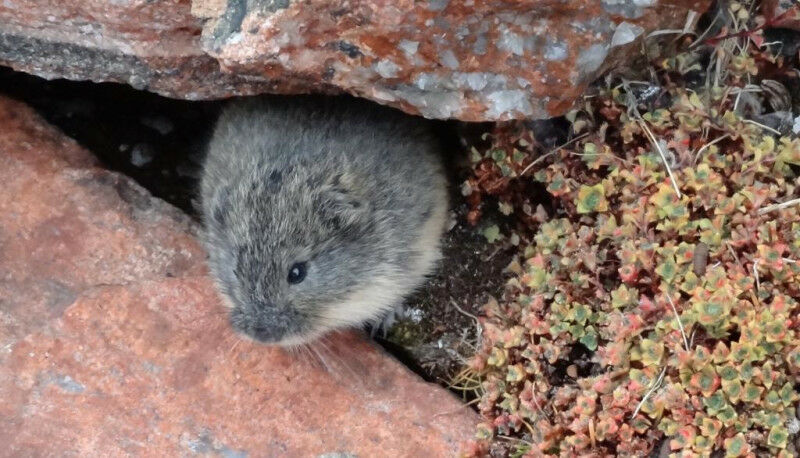 A brown lemming in front of a tunnel entrance. These small arctic mammals spend much of their time in tunnels that they dig in the ground or in the snow.

Developed by a team at Laval University, this collar, which weighs less than a dime, will allow the study of lemming activity patterns during the summer

Although lemmings play a central role in the Arctic terrestrial food chain, their living habits are still largely unknown. One reason is that these small rodents spend most of the year in tunnels in the ground or snow, out of sight of researchers. Thanks to an ultra-light photo-sensitive collar developed by a team at Laval University’s Centre d’études nordiques, lemmings may soon be able to reveal some of the secrets surrounding their summertime schedule.

David Bolduc and Pierre Legagneux of the Department of Biology, Dominique Fauteux of the Canadian Museum of Nature, and Jean-Marie Trudeau and Éric Bharucha of Laval University’s North Sentinel Instrument Development Platform have designed and tested a light-sensitive collar for lemmings that detects and records their movements between tunnels and the tundra surface. "In the Arctic, it is daylight continuously during the summer. When the collar detects a sudden drop in light, it is an indication that the lemming has entered a tunnel," explains student researcher David Bolduc.

The main challenge in developing a lemming collar is miniaturization, he continues. "For animal welfare, it is estimated that the weight of a collar should not exceed 5% of the weight of the animal on which it is fitted. For large mammals, this is an easy threshold to respect. In the case of lemmings, it is more difficult. An adult lemming weighs about 40 grams, so the collar should weigh no more than 2 grams."

The Laval University team has managed to do even better. The components of the necklace - the microprocessor with memory, the photosensor, the clock, the two batteries, the plastic case and the nylon clip - weigh a total of 1.59 grams, less than a dime (1.75 grams).

Researchers conducted tests on lemmings in captivity in 2019 and in the field at Bylot Island in August 2021. The results, published by the journal Animal Biotelemetry, show that the collar does not appear to affect the lemmings’ health or survival as the animals’ weight fluctuations and recapture probability are comparable to those of lemmings without collars.

For now, researchers must recapture the lemmings to harvest the data stored in memory. "We manage to extract data from half of the recovered collars. This is one area we need to improve. We need to make the collar more resistant to field conditions," says Bolduc. We’re also looking at using Bluetooth technology to retrieve the data without having to recapture the lemmings." 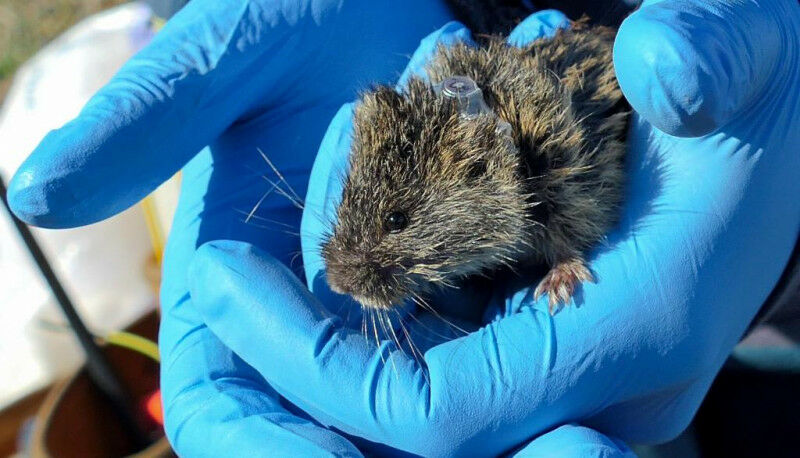 A brown lemming on which the photosensitive collar has just been installed. Gabriel Bergeron

"We are also considering using Bluetooth technology to retrieve the data without having to recapture the lemmings."

Information on lemming activity patterns may help to better understand the causes of these small mammals’ mysterious 3 to 5 year cycles. In lemmings, females play a key role in population fluctuations because it is their numbers that limit the rate of reproduction," explains David Bolduc. The collars we have developed will allow us to compare the activity patterns of males and females, and indirectly estimate their exposure to predators that hunt them in tunnels or on the tundra surface."

Recall that another team from the Department of Biology and North Sentinel has developed a system that tracks the activities of lemmings in the tunnels they dig under the snow. 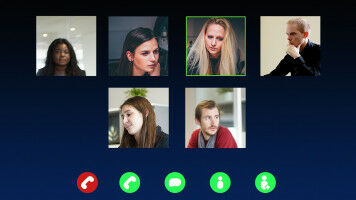